At the last Child, Wellbeing and Protection reading group we discussed “Screening for adverse childhood experiences (ACEs): cautions and suggestions” written by David Finkelhor, who is Professor of Sociology at the University of New Hampshire (USA). ACEs are something that have ben high on the policy and practice in recent months and this was a n reas that we were keen to explore.
The article explores the extent to which screening of adverse childhood experiences (ACEs) can be considered as a tool to predict potential harmful outcomes. 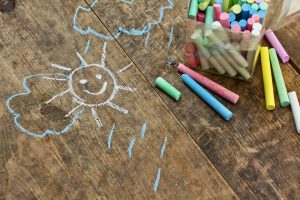 An important argument in the paper is screening for ACEs in of itself does not necessarily benefit individuals – attention be given to resources and support that might address the consequences of ACEs.

We reflected on what was ‘missing’ in the ACE framework. The absence of structural factors (i.e. poverty) that affects many children is a significant concern. There also seems to be little space in the ACEs agenda to consider the range of protective factors that may exist in people’s lives. We discussed the risk of ACEs leading to the over-pathologisng of adversities without any really understanding or consideration given as to why ACEs happen. What are the roots of these childhood adversities? And what can be done to prevent or address these? We also discussed what might be the unintended consequences of ACEs – for example might ACE scores become thresholds that much be reached before supports or services can be accessed?

It appears to me that a careful and critical consideration is needed for how ACEs might translate to a practice context. We need to ask how do ACEs actually help people? How can they be used to move us beyond identification or adversites? What is obscured by ACEs and what are the implications of this? How might ACEs help but not stigmatise?

This site uses Akismet to reduce spam. Learn how your comment data is processed.